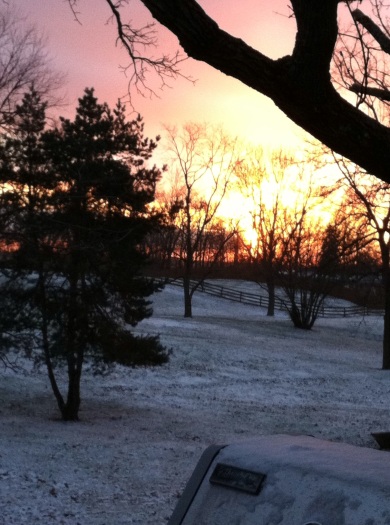 “David and his men tore their clothes in sorrow when they heard the news.”   2 Samuel 1:11

Jonathan was David’s best friend in life; Saul was the man that God had chosen as the first king of Israel. Both of them died on the same day. David wept. David’s men wept. It was a day of sorrow. Did these emotions show a weakness in David and his army? Did it somehow lessen David’s walk with God to show sadness, loss and, possibly, fear?

This was not the first, nor the last, time that David would allow his emotions to overcome him. We can follow his life and see that he often felt joy and passion; David felt sorrow and he felt love. He felt fear and anger. I see David’s life as a whole gamut of possible weaknesses. After all, if we are not in control, then we must be weak and therefore, showing emotion must be a sin. I think that I want to look at this a little closer, because Jesus knew no sin and yet He, too, felt emotions.

One of the most well-known weaknesses of David was his desire for Bathsheba. This desire not only caused David to lust, but also to cause the death of Bathsheba’s husband, Uriah. As a result, the child that was conceived in David’s weakness was stricken with a disease and David went to the Lord and begged for the child’s life. He fasted and prayed until he received the word that the child had died. He felt overwhelming sorrow, but David arose from that sorrow and went on with his life. He returned to the grace of God and confessed his weaknesses. And, as we all know, God honored that return.

When does weakness become a sin? When we allow it to come between us and God. When we spend more time in our emotions than we do with God, then it is sin. Moments of weakness happen to each of us; I had a moment of weakness in front of the whole church last Sunday when I realized that our daughter and our precious red-headed granddaughter would not be with us for Christmas. My prayer request to the whole church was for all of the families with prodigal children who would be absent in one way or another this Christmas, but then the weight of my own sorrow took over and I began to cry. I took that emotion to another level and worried about the effect on those who count on me to be strong. I allowed my emotions to get the better of me for most of Monday and I felt like dirt.

But then, a strange thing happened. I woke up Tuesday morning and it had snowed just a little and there was a beautiful sunrise just peeking over the ridge. My spirit soared with the promises of God. I said “Good morning, Lord” and went on with my life just as David did. There is a time when mourning, joy, passion and any number of other emotions may take over your mind. But by living in the Spirit of God, they will never take over your life. God owns that life and He will never leave you nor forsake you to your emotions. Thank You, Jesus!

Any weakness will become sin when we choose to continue to live in the weakness rather than confessing it and giving it up to God. Does this mean that David missed his child any less? I don’t believe so. I miss my child and grandchild, but I know that they are in the Hands of God and He alone can care for them in a way I never could. I also know that God will use my weaknesses to teach and counsel His people. The difference between sympathy and empathy is that with empathy, the person has been through the same things you have. I believe that is why God has allowed me to go through many of the trials of my life; so that I could counsel His people and bring them to a stronger reliance on Him. And with His guidance, I will continue to give that support and counsel.

We had a blessed Christmas. We visited our son and his family in Sidney, OH, spent time with my brothers and their families on Christmas Eve, then went to our son’s house here to watch our 2-year old grandson wake up to see what Santa had brought to him. Joy-joy-joy. (And the piping hot Monkey Bread didn’t hurt either!) I am so thankful for the family that is around us, and one day, our daughter will return. Until then, I am going to continue to cry every once in awhile, then get up and praise God for every day!